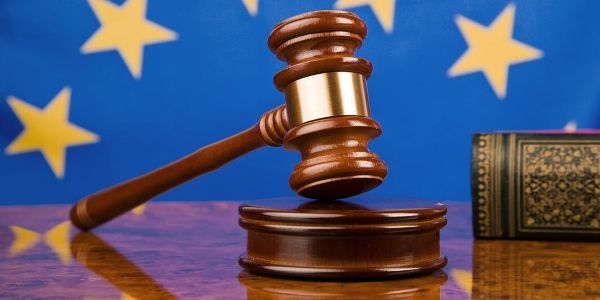 European Union (EU) member states discover and report cross-border fraud worth thousands of millions of euros every year, including the loss of at least 50 billion in Value Added Tax (VAT).[1] However, national measures to fight large-scale transnational financial crimes remain limited and unable to effectively protect the EU budget. Likewise, neither the European Anti-Fraud Office (OLAF), nor the EU Judicial Cooperation Unit (Eurojust), nor the EU Agency for Law Enforcement Cooperation (Europol) are able to launch criminal investigations or prosecutions in member states.

In response, the Council of the European Union established the European Public Prosecutor’s Office (EPPO)[2] to investigate and prosecute the perpetrators of fraud affecting EU revenue and expenditure, in many cases involving multiple EU countries, and often committed by organized criminal networks. This Insight reflects on the momentous step that the EPPO constitutes in the evolution of international and European criminal law by analyzing its role, competence, structure, and functioning.

The establishment of a European prosecutor’s office has been a matter of academic and political discussion for nearly twenty years. The debate began in 1997 with a Corpus Juris project presented by a group of experts directed by Professor Delmas-Marty[3] and was relaunched in 2009 after the Treaty of Lisbon provided the legal basis for such a Union-level prosecution system.[4] In 2013, the European Commission launched its proposal for setting up the EPPO under Article 86 of the Treaty on the Functioning of the European Union (TFEU) and in 2017, the EU Council established the European Public Prosecutor pursuant to the TFEU’s “enhanced cooperation” mechanism between seventeen EU member states.[5] The EPPO will be located in Luxembourg and is expected to become operational in 2020–21.

The EPPO will be a “body of the Union” with a separate legal personality.[6] It will conduct its activities impartially and in compliance with the rights enshrined in the Charter of Fundamental Rights of the European Union and the principles of rule of law and proportionality. The EPPO is tasked to act in the interests of the EU as a whole and may not seek or take instructions from any person external to the Office; any member state; or any institution, body, office, or agency of the EU.[7] The regulation also stresses the independence beyond doubt of candidates in the appointment procedure.[8]

The EPPO will investigate and prosecute fraud and other offences affecting “the Union’s financial interests.”[10] Such interests include the management of budget appropriations, as well as all cases affecting its assets and those of member states, such as fraudulent activities in relation to EU funds (i.e., the use or presentation of false, incorrect, or incomplete statements or documents, which has as its effect the misappropriation, misapplication, or wrongful retention of funds or assets from the Union budget or budgets managed by the Union, or on its behalf, collectively dubbed “PIF violations”).[11]

Fraud affecting the Union’s financial interests covers “serious” offences against the common EU VAT system, such as those connected with the territory of two or more member states and involving a total damage of at least ten million euros (i.e., the use or presentation of false, incorrect, or incomplete VAT-related statements or documents, or the non-disclosure of VAT-related information in violation of a specific obligation, having the effect of reducing the Union’s budget resources). The EU’s financial interests can also be damaged or threatened by money laundering, corruption, and misappropriation.

The EPPO’s competence ratione materiae further covers ancillary offences deemed “inextricably linked” to PIF violations, such as acts strictly aimed at ensuring the material or legal means to commit crimes affecting the financial interests of the Union, or to ensure the profit or product thereof.[12] Additionally, the European Public Prosecutor may investigate and prosecute offences relating to organized crime[13] (including membership in, or the organization and leadership of, a criminal organization) if the focus of such an illegal network is to commit any PIF violations. Lastly, EPPO competence includes other serious crimes “having a cross-border dimension” and “affecting more than one Member State,”[14] such as terrorism; counterfeiting means of payment; corruption; money laundering; organized crimes; and illicit trafficking in arms, drugs, and humans.

The European Chief Prosecutor, appointed by the EU Council with the consent of the European Parliament for a non-renewable term of seven years, will lead the EPPO and represent the Office vis-à-vis the EU institutions, EU member states, and third parties. The European Delegated Prosecutors, appointed by the College on the proposal of the European Chief Prosecutor, act on behalf of the EPPO in their respective member states with the same powers as national prosecutors in relation to investigations, prosecutions, and bringing cases to judgment. The current scheme anticipates appointing two or more European Delegated Prosecutors per member state. The Administrative Director is responsible for the EPPO’s administrative and budgetary affairs.

In fighting financial transnational offences, the EPPO and competent national authorities should support and inform each other in compliance with the “principle of sincere cooperation.”[16] .However, the EPPO’s jurisdiction trumps that of national prosecutorial systems. Hence, when the EPPO initiates or evokes an investigation, it automatically pre-empts any national action for the same criminal conduct.

The EPPO will bring prosecutions before the national courts, pursuant to the substantive criminal law of the member state implementing the relevant EU legislation (including the PIF Directive), and determine the applicable penalties. With respect to procedural law, European Delegated Prosecutors act in compliance with the Regulation and, as regards matters not covered by this Regulation, in accordance with applicable national law.

The EPPO may cooperate with non-participating EU countries, third states/parties, and international organizations concluding working arrangements of a technical and/or operational nature with these entities, particularly the exchange of strategic information and the secondment of liaison officers to the EPPO. The EPPO partnership can also encompass relations with other EU bodies, institutions, and agencies (such as OLAF, Eurojust, and Europol) to support or complement the Office’s activity, for instance, providing information, analyses (including forensic), expertise and operational support.

To counterbalance the EPPO’s independence and pre-emption powers, the Regulation imposes strict accountability towards the EU institutions and calls for constant reliance on national law. As institutional safeguards, the Regulation requires the EPPO to report annually to the European Parliament (and to national parliaments), as well as to the Council and the Commission of the European Union,[17] empowering them to seek the discharge of the Prosecutor at the Court of Justice of the European Union in cases of serious misconduct.[18]

The EPPO’s establishment brings about substantial changes to the protection of EU law and interests, further developing the EU area of justice and seeking to establish a coherent, more efficient and effective system for investigating and prosecuting serious transnational crimes by combining European and national law enforcement efforts. In particular, the EPPO is the first EU judicial body exercising “direct powers” vis-à-vis individuals responsible for financial cross-border offences.[19]

Reliance on national law stipulated in the Regulation could raise harmonization concerns, but the risk of compromising the EPPO’s effectiveness could be prevented by the EU Court of Justice ensuring a uniform interpretation of applicable EU law in all member states. In this perspective, this new body represents a noteworthy development in strengthening the internationalization of criminal justice.

[13] Council Framework Decision 2008/841/JHA of 24 October 2008 on the fight Against Organised Crime, O.J. (L 300). For the purposes of this Framework Decision, “criminal organization” means a structured association, established over a period of time, of more than two persons acting in concert with a view to committing offences punishable by deprivation of liberty or a detention order of a maximum of at least four years or a more serious penalty, to obtain, directly or indirectly, a financial or other material benefit.”

[19] Valsamis Mitsilegas & Fabio Giuffrida, Raising the bar? Thoughts on the Establishment of the European Public Prosecutor’s Office, CEPS Policy Insights, No. 2017/39. At the global level, a similar mechanism has been identified by some eminent scholars interpreting “serious” financial crimes as crimes against human rights, thus placing them within the jurisdiction of the ICC. See Giuliana Ziccardi Capaldo, The Global Fight against Impunity and the European Court of Justice: A New Approach to Tax Fraud as a Crime Against Human Rights, European Law Blog (Dec. 8, 2017).