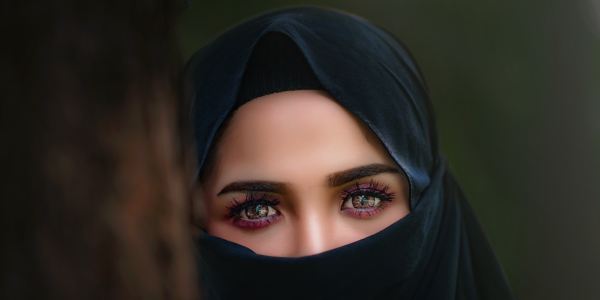 On January 2018, an Italian judge expelled a Muslim trainee lawyer wearing a hijab (1) from the courtroom at the Regional Administrative Court of Emilia Romagna, in compliance with the Italian Code of Civil Procedure. Indeed, Article 129 foresees that “those who take part in hearings must be bareheaded”.

In Italy, the case has reopened the doctrinal and political debate on the question of balancing the individual right to “manifest” freedom of religion against the more general interests of national security, public order, and secularism; a debate previously fuelled in 2009 by the European Court of Human Rights’ Lautsi Judgment on the presence of Catholic symbols, such as crucifixes, in Italian public school classrooms. (2)

In recent years, a number of other European States have discussed or disputed this question in relation to the ban on concealing faces in some occupations and situations. (3) Undoubtedly, the veiling of women, especially with the use of full-face veils, such as the burqa or niqab, reflects a traditional interpretation of Islam. This is often perceived as a threat to women’s dignity, and hence incompatible with democratic standards.

However, a general prohibition on wearing full-face veils would deny women, who freely desire to do so, both the right to respect their private life and personal identity, and the freedom to manifest their religion or belief “in worship, teaching, practice and observance”.

For these reasons, the European Court of Human Rights (ECtHR) and the Court of Justice of the European Union (ECJ) have been called on to examine whether a national legislation introducing a general ban on wearing clothing that covers the face constitutes an ill-advised invasion of individual privacy or may be justified as necessary in a democratic society, particularly for security purposes or where the public or professional functions of individuals require their religious neutrality or seeing their faces. (4)

In the S.A.S. v. France case, for example, the ECtHR held that the ban on wearing a full-face veil in public imposed by the French Law of 11 October 2010 did not constitute a violation of the right to respect private and family life, or the right to respect freedom of thought, conscience, and religion, or the prohibition of discrimination under the 1950 European Convention of Human Rights. The Court emphasized, in particular, that respect for the conditions of “living together” (le “vivre ensemble”) was a legitimate aim of this restrictive measure. It added that even if said ban had specific negative effects on Muslim women, who for religious reasons wished to wear the full-face veil in public, the relevant measure had an objective and reasonable justification, especially as the State had “a wide margin of appreciation” as regards general policy questions on which there were significant differences of opinion. In the Grand Chamber’s view “the voluntary and systematic concealment of the face is problematic because it is quite simply incompatible with the fundamental requirements of living together in French society and that the systematic concealment of the face in public places, contrary to the ideal of fraternity, … falls short of the minimum requirement of civility that is necessary for social interaction”. (5)

Similarly, in the Belcacemi and Oussar v. Belgium and Dakir v. Belgium cases (6), the Court upheld the ban on wearing clothing in public that partly or totally covers the face under the Belgian law of 1 June 2011, ruling that the concern to ensure respect of the minimum guarantees of life in society could be regarded as an element of the “protection of the rights and freedoms of others”. On this interpretation, the ban was justifiable in principle solely to the extent that it sought to guarantee the conditions of “living together”. The Court also stressed that the State had a broad margin of discretion to decide whether and to what extent a restriction on the individuals’ right to manifest their religion or convictions was “necessary”. Hence, it is a matter of protecting a condition of interaction between individuals that the State deemed essential to ensure the functioning of a democratic society. The question of whether the full-face veil is acceptable in the Belgian public sphere was thus “a choice of society”.

In the Court’s opinion, the Belgian burqa ban is a measure proportionate to the aim pursued, namely, the preservation of the conditions of “living together” as an element of the protection of the rights and freedoms of others. It therefore held that the contested restriction could be regarded as necessary in a democratic society.

Following the approach taken by the ECtHR and the practice of many national courts and institutions,  the ECJ in the G4S Secure Solutions An (7) and Bougnaoui and ADDH (8) cases ruled that wearing a veil was contrary to the companies’ policy of neutrality in their contact with customers.

By contrast, such prohibition may constitute indirect discrimination if establishing that the apparently neutral obligation it imposes places those adhering to a particular religion or belief at a particular disadvantage.

However, such indirect discrimination may be objectively justified by a legitimate aim, such as the employer’s pursuit of a policy of political, philosophical, and religious neutrality in its relations with its customers, provided that the means of achieving this aim are appropriate and necessary. It is for the competent national judge to verify these conditions.

In the ECJ’s reasoning, in the absence of such a rule, an employer’s willingness to take account of a customer’s wishes to no longer have the services provided by a worker wearing an Islamic headscarf cannot be considered a determining occupational requirement within the meaning of the directive.

The recent Danish Law L 219 of 31 March 2018 banning garments that cover the face has paved the way for new applications for alleged violations of individual rights, thus presenting Europe with challenges arising from the need to promote, guarantee, and balance diversity and freedom. (10)
The solution that international jurisprudence proposes is a new model of democratic society based on the criterion of “living together”, namely, a community where the concept of “respect” for the “minimum guarantees of life in society” could be considered an element of the protection of the rights and freedoms of others, and hence the legitimate restriction of certain individual rights.

As regards the ECtHR and ECJ, a possible justification for the prohibition of face concealment would thus be the defence of public order according to an entirely new legal definition not confined to the traditional preservation of tranquillity, public health, or safety.

More precisely and in summary, from the jurisprudential practice examined, there would appear to be no substantial legal basis to justify a general ban on the full veil as such. Indeed, the prohibition of the full veil alone cannot be founded on the principle of religious neutrality (given the uncertainty of its religious significance), nor on the principle of human dignity (which by its nature implies the protection of freedom of self-determination as a parallel aspect of the human person), (11) nor on the principle of equality of men and women (which would seem inappropriate in cases where this form of public confinement is voluntary or accepted).

As the French Conseil d’Etat observed, in view of the substantial uncertainties around the scope of the legal bases that might be envisaged and the legal risks arising therefrom, together with the risk of stigmatising persons of the Muslim faith, any ban on the full veil itself must be ruled out, taking into consideration the broader question of the concealment of faces in relation to other garments or accessories (12) (helmets, masks, hoods) aiming to prevent others from seeing one’s face.
Therefore, in our view, the recent international case-law on the ban on concealing faces in some occupations and situations has led to providing a legal basis to the “non-substantive” notion of public order as a precondition for social interaction.

This non-substantive dimension mainly concerns public morality, respect for the dignity of the human person, but also something entirely separate with the specific function of representing the “minimum requirement for the reciprocal demands and essential guarantees of life in society”, such as respect for pluralism.

As the French Conseil d’Etat also explained, when an individual quite fortuitously comes across another (especially in public spaces), “he may neither renounce his membership of society, nor cause it to be denied by concealing his face from the sight of others to the point of being quite unrecognisable. Moreover the same requirements carry the more general implication that marks of distinction betokening inequality, and recognised as such should be prohibited”. (13)

In this perspective, the systematic concealment of the face contravenes the principle of equal membership of society for all, and could hence be legally banned for the sake of “living together”.

3  Resolution 1743 (2010) and Recommendation 1927 (2010) of the Parliamentary Assembly of the Council of Europe on Islam, Islamism, and Islamophobia in Europe.

10  Living together. Combining diversity and freedom in 21st-century Europe Report of the Group of Eminent Persons of the Council of Europe, available at https://www.coe.int/t/dg4/highereducation/2011/KYIV%20WEBSITE/Report%20on%20diversity.pdf.

12  Study of possible legal grounds for banning the full veil, Report adopted by the Plenary General Assembly of the Conseil d’Etat , 25 March 2010.